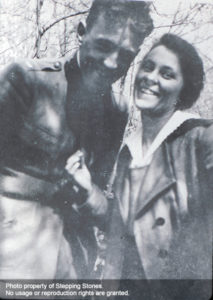 Bill and Lois Wilson met in Vermont. Lois spent her summers in Manchester and on Emerald Lake. Bill was raised in nearby East Dorset. Despite their four-year age difference, the couple discovered mutual interests. In 1915, they secretly became engaged, and on January 24, 1918, they were married in Brooklyn Heights, New York, at the Swedenborgian Church that Lois’ family attended.

The early years of their marriage had challenges. When Bill returned from military service, Lois hoped he would be so captivated at home that he would curb his drinking. Around the time of the Great Depression, Bill’s drinking worsened. He was unable to maintain regular employment with Wall Street firms.

To make ends meet, they moved into Lois’ childhood home at 182 Clinton Street, Brooklyn Heights, New York. This is where Bill was when he made the decision to seek a final treatment at Towns Hospital and where they resided as he got sober and began helping others to achieve sobriety. In 1939, the property was foreclosed, leaving the couple without a place to live. 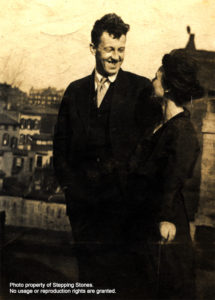 They spent about two years as guests of relatives and friends from the fledgling A.A. fellowship. They even lived in an A.A. clubhouse in Manhattan. Lois estimated that they stayed in 51 places (not including some weekend stops). She made a valiant effort to sustain the couple financially during the early years of A.A. and Bill’s sobriety.

Through the help of a realtor with friends in A.A., in spring of 1941 Bill and Lois were made an, “offer they couldn’t refuse,” to purchase and move into the home they eventually named, “Stepping Stones.” 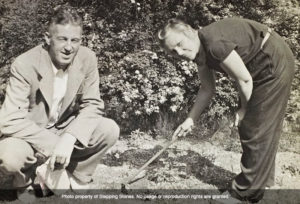 Moving to the faraway town of Bedford, New York, in Westchester County was a new beginning for the couple.

Stepping Stones was the first real home for Bill and Lois. It was where they produced important and influential work. It would become the cornerstone of the alcoholism recovery movement.

Bill and Lois remained at their beloved home until their deaths in 1971 and 1988, respectively.

CONTRIBUTION TO THE WORLD 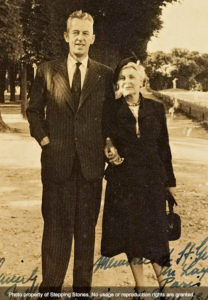 Bill spent much of his time in the studio up the hill from the main house. It is where he wrote the book Twelve Steps and Twelve Traditions, as well as other important A.A. literature.

The lessons from the “12 Steps” would enable alcoholics across the world to achieve and sustain lasting sobriety.

Lois , along with her friend Anne B., co founded the Al-Anon Family Groups in 1951 in the upstairs room in their house that she called the “gallery.”

The fellowship was designed to provide mutual support for family members of alcoholics.

At Stepping Stones Lois championed the growth of Alateen – a 12-Step organization for the children of alcoholics.

Many of the Wilsons' friends and acquaintances from A.A. and Al-Anon visited or stayed with them at Stepping Stones.

The Wilsons’ influence on 20th century society is immeasurable. The 12 Steps remain the most successful means of treating alcoholism to this day and is the central treatment program in most hospitals and clinics, thanks to the valiant efforts of Bill and Lois Wilson.

The Wilsons
Bill’s Story
Lois’ Story
Recordings
Galleries
We use cookies and other tracking technologies to improve your browsing experience on our website, to show you personalized content and targeted ads, to analyze our website traffic, and to understand where our visitors are coming from. By clicking “Accept”, you consent to the use of ALL the cookies.
Do not sell my personal information.
Cookie SettingsAccept
Manage consent