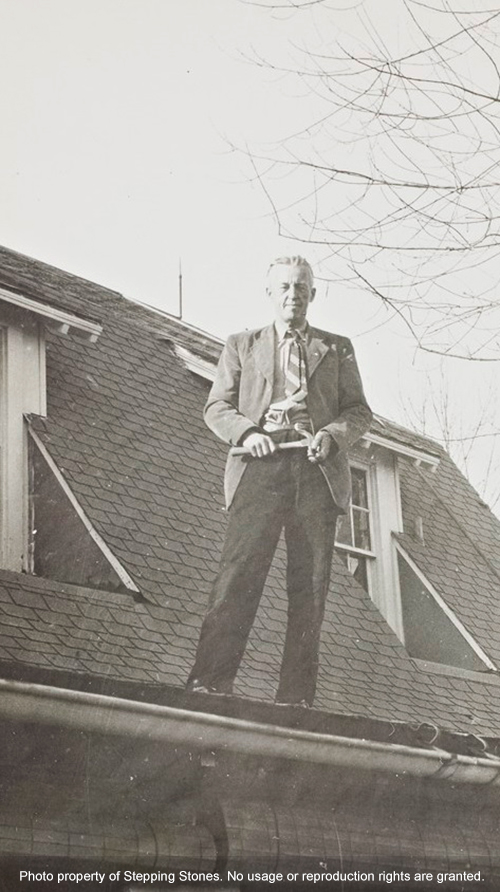 This photo is of Bill Wilson working with hammer in hand on the roof of the home at Stepping Stones. He tinkered on projects and built new structures over the decades as the Wilsons enlarged the Stepping Stones property.

Bill was from a small New England town and pursue engineering in military college. Bill served in World War I and gained the deep appreciation of his fellow soldiers and his trainees. At the age of 22 he recalls, “I fancied myself a leader.” Bill’s Story Chapter, Alcoholics Anonymous. A bold and accurate prediction.

After the war, he returned to New York. At first he studied law, but he never finished his coursework at Brooklyn Law School. He became drawn to the allure of Wall Street, but his promising finance career suffered due to his drinking. Eventually his sobriety presented the opportunity to put his talents to work in ways he could not have predicted.