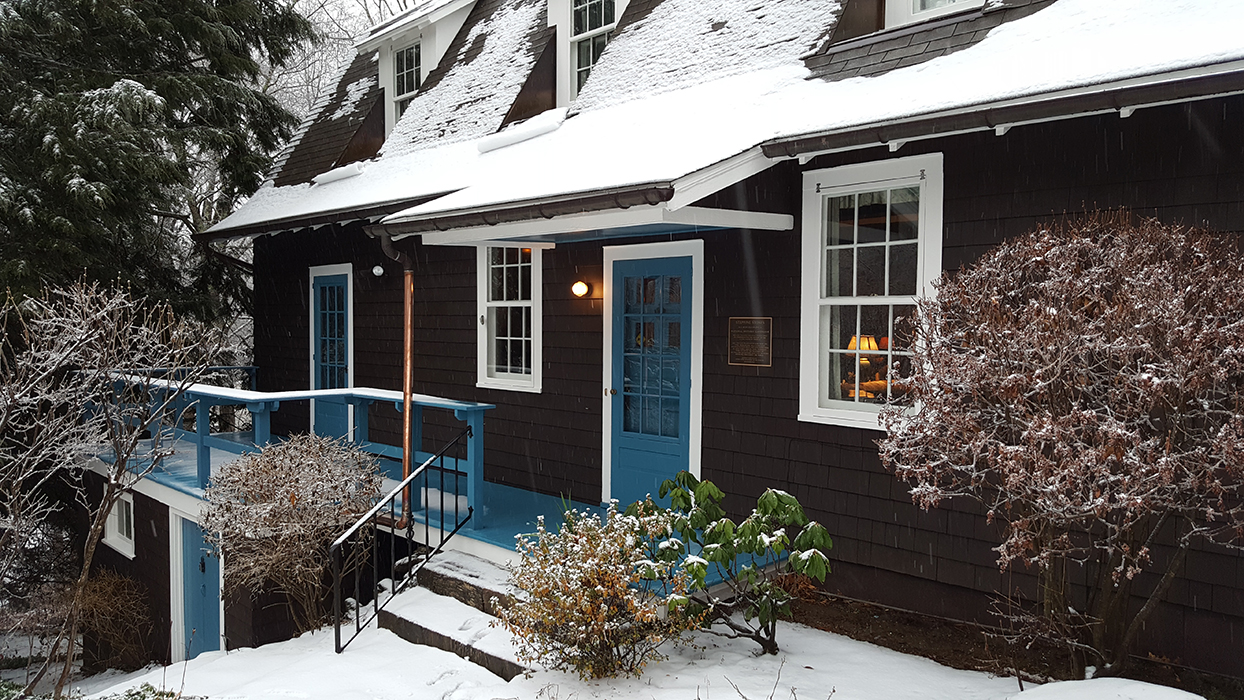 Bill and Lois Wilson, after being forced out of the Brooklyn family home in 1939 and two years of, “couch surfing,” living in 51 places within that two year period, they finally moved into Stepping Stones in the early, cold months of 1941.

The Wilsons’ move coincided with the explosion of the Twelve Steps of Alcoholics Anonymous on the world stage: “The second printing of the first edition [of the “Big Book”] appeared in March 1941, more than two years after the book was first released.  Sales had been slow – they did not go out the door “by the carloads” – but the extremely favorable The Saturday Evening Post article by Jack Alexander that was published on March 1, 1941, produced a flood of requests for the book.”  -WH.Schaberg, Writing the Big Book: The Creation of A.A.