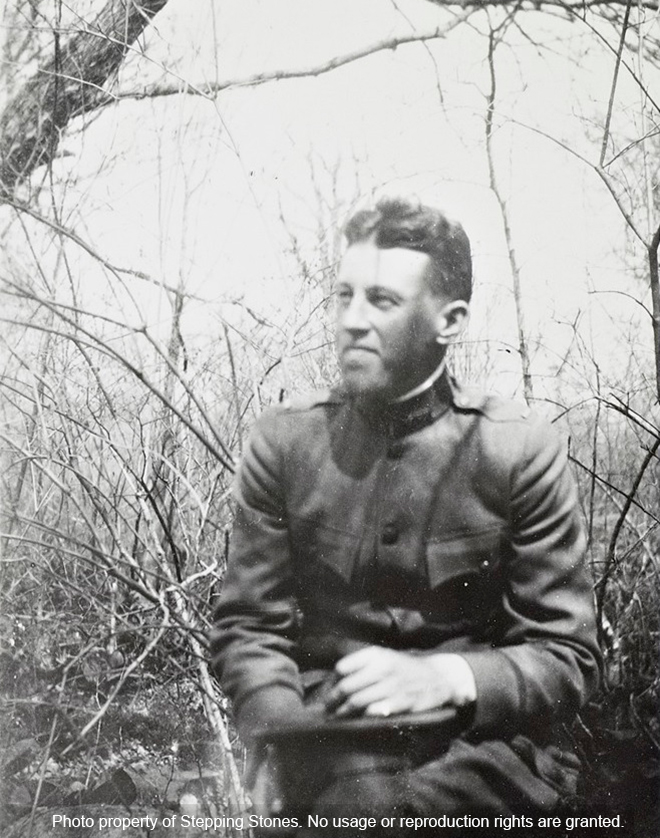 In 1916, Bill Wilson’s Norwich Academy class was mobilized as part of the Vermont National Guard. When Bill was overseas, Lois Wilson worked with veterans at Walter Reed Hospital as an occupational therapist. She hoped that when Bill returned home to her from service in World War I that he would stop drinking.

Bill recalled training in Massachusetts: “War fever ran high in the New England town to which we new, young officers from Plattsburgh were assigned, and we were flattered when the first citizens took us to their homes, making us feel heroic. Here was love, applause, war; moments sublime with intervals hilarious. I was part of life at last, and in the midst of the excitement I discovered liquor.”-Bill Wilson, Alcoholics Anonymous