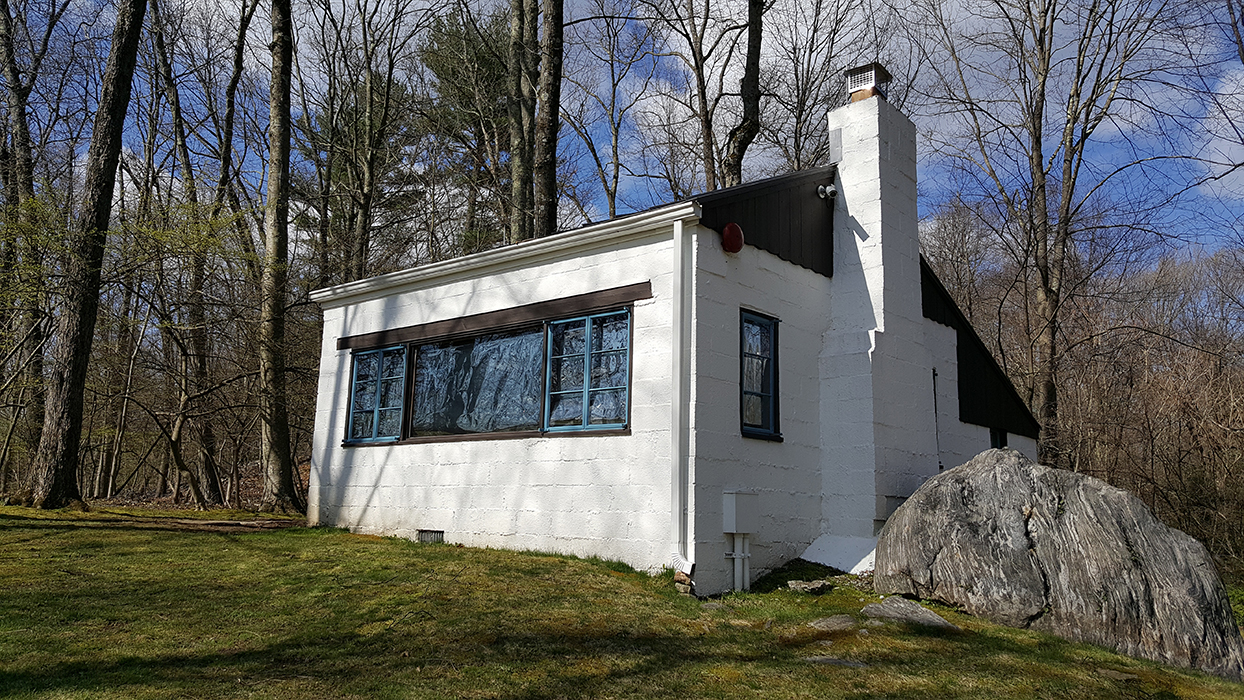 Stepping Stones became an unofficial Alcoholics Anonymous’ gathering place and office after the Wilsons relocated here in April of 1941. In need of some privacy away from the day-to-day distractions in the house and to continue his work, Bill Wilson built this writing studio with the help of a friend from A.A.

Bill called the humble little building “the shack.” Lois Wilson is said to have nicknamed it “Wit’s End.”

Why the nickname? Legend has it that when callers and unscheduled guests asked for Bill, Lois would say, “He isn’t here. He is at his Wit’s End.”

His writing at Stepping Stones included the books Twelve Steps and Twelve Traditions, Alcoholics Anonymous Comes of Age, and As Bill Sees It (previously named The A.A. Way of Life). Bill also wrote letters, speeches, and over 100 articles for The A.A. Grapevine in his sanctuary on the hill.